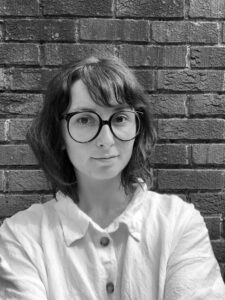 Cloé leads Counterpoint’s research on mobilisation against climate policy. Her focus is on being able to track the groups that might mobilise against the European Green Deal and measure their influence on both policy and public opinion over time.

As well as being a part of the Counterpoint team, Cloé is Head of Policy and Sustainability for Plastic Energy, a company dedicated to creating a circular economy for plastics. In this role, Cloé works on EU and national regulations associated with recycling and the circular economy. Prior to Plastic Energy, Cloé was a researcher in European political analysis for Eurasia Group, specialising in EU and western European politics. Across both of these roles she has shared her expertise through conferences and media contributions (BBC, FT, specialist publications).

After a BA in political science from the University of California, Berkeley, she studied European politics at the University of Oxford. She specifically focused on the post-colonial relationship between African countries and the EU drawing on many sets of literatures (postcolonial, cold war dependency, development) and European archives. Curious by nature, she is continuously looking to learn — most recently through a course on Global Energy and Climate Policy to further dissect the challenges we are facing and its urgency.

Cloé is part of a policy research group at Brown University that focuses on the different cross-national responses during the Covid-19 first wave.  The focus is on  the interaction between policy formulation, country expertise and capacity, and policy deployment.