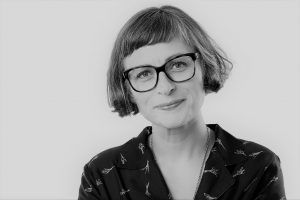 Rachel Coldicutt OBE is an expert on the social impact of new and emerging technologies. She works with Counterpoint on an array of projects related to digital, memes, and tech for good.

Rachel was previously the founding CEO of responsible technology think tank Doteveryone where she led influential and ground-breaking research into how technology is changing society and developed practical tools for responsible innovation. Prior to that, she spent almost 20 years working at the cutting edge of new technology for companies including the BBC, Microsoft, BT, and Channel 4, and was a pioneer in the digital art world. Rachel is an influential voice on the UK technology scene, and is an advisor, board member and trustee for a number of companies and charities. In 2019, Rachel was named by Computer Weekly as one of the 50 Most Influential People in UK Technology and was awarded an OBE in the New Year’s Honours for services for the digital society.

She is currently writing a book about the impact of climate crisis and the fourth industrial revolution on gender equality.