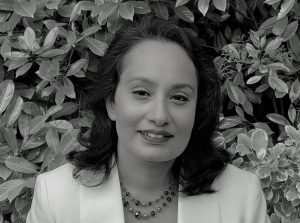 Sabin has worked in the Office for Security and Counter-Terrorism (OSCT) at the Home Office over the past 10 years. She played a significant role in establishing OSCT as a Centre of Excellence, advanced the Government’s work on counter-terrorism and the evolution of its response to the threat of Islamist radicalisation. Her always encouraged the department to be more inclusive and outward facing, and to bring together a wide range of academics, community practitioners and policy makers. She has been central to the development of several counter-terrorism initiatives and Government reviews, has provided advice to the highest levels of Government at critical moments of national security, and represented the UK at numerous global counter-terrorism forums.

In 2008, Sabin was appointed by the Prime Minister to serve on the National Muslim Women’s Advisory Group to support women’s groups tackling violent extremism. In 2006, she was appointed by the Minister for Women and Equality to serve as a Commissioner for the Women’s National Commission. Since 1991 Sabin has addressed, challenged and shared her expertise with thousands of people from diverse backgrounds across the UK and overseas.