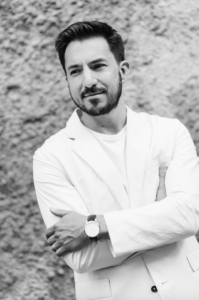 Simon Reid-Henry is the Director of our New Dynamics of Power Programme. Simon is a sought-after voice on domestic politics and international affairs. A professor of historical and political geography, he is also Director of Queen Mary University of London’s Institute for the Humanities and Social Sciences. His recently published work focuses on the twin crises of democracy and inequality.

As an academic his work on the dynamics of power examines developments across a range of institutional settings: from international relations, to geo-economics, global health, security, and scientific innovation. He has supervised research on the UK Prevent policy, on Europe’s 2015 refugee crisis, and on trans-national far right ideologies. Simon has held visiting positions at Columbia University in New York, at the Norwegian Institute of International Affairs, and as Senior Researcher at the Peace Research Institute Oslo, where he helped lead work into state and non-governmental humanitarianisms and the politics of urban violence. He has consulted for numerous research and public-private organisations and presently serves as Academic Lead to the secretariat of the Expert Working Group on Global Public Investment.

Simon has provided expert commentary and analysis to a range of media, from the BBC to CNN, Sky and on podcasts from New Zealand’s Chris Laidlaw to The American Interest. His writing can be found in The Guardian, New Statesman, The Economist, The Times, The Independent on Sunday, and the London Review of Books. He is the author of four books, most recently Empire of Democracy: the remaking of the West since the Cold War, 1971-2017.