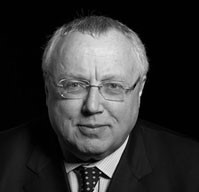 Tom Burke CBE is an Environmentalist who is part of our Advisory Board.

Tom Burke is Chairman and Founding Director of E3G (Third Generation Environmentalism). He is also an Environmental Policy Adviser to Rio Tinto and a Visiting Professor at Imperial and University Colleges, London. He is Chairman of the Editorial Board of ENDS Magazine.[1][2] He writes a regular column in Business Green magazine.

He has been an environmentalist since first joining a Friends of the Earth local group in 1971. He joined the FoE staff in 1973 as its local groups coordinator and became its Executive Director in 1975. He was the Director of the Green Alliance from 1982 until 1991 when he became Michael Heseltine’s Special Advisor. While at the Green Alliance he ran for Parliament twice for the SDP and the Liberal Democrats.

He played a leading part in establishing the European Environment Bureau for nearly two decades and was the Secretary-General of the European and North American NGO preparations for the Rio Earth Summit. As a Special Advisor to three Secretaries of State for the Environment he was intimately involved in a wide range of international negotiations as well as all aspects of domestic environment policy.

Tom Burke has received many honours during his distinguished career, including his appointment to the United Nations Environment Programme’s ‘Global 500’ roll of honour in 1993. In 1997, he was appointed CBE for services to the environment, and in 2010 he was elected an Honorary Fellow of the Society for the Environment.

Job Role
Member of the Advisory Board