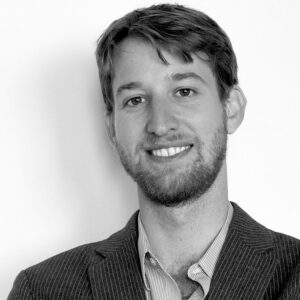 At Counterpoint, Zack Brisson is working to advance our programmatic and policy support on how policies around governance, and social and environmental justice play out in the civil societies of advanced economies. He is also working to bring Counterpoint’s global experience in navigating social change to issues impacting the United States. As a social scientist and entrepreneur, he is experienced in building strong teams with diverse backgrounds and skill sets to challenge received wisdom and think outside the box when it comes to driving public sector reform.

Zack is a strong believer in putting citizens and user feedback at the heart of policy creation and implementation. After stints with the Center for American Progress and National Geographic he founded Reboot in 2010, a pioneering think-do tank focused on delivering citizen-led progress on critical public issues. Having built a sizeable organisation with offices in multiple countries, he is expanding to advising other like-minded organisations on their programming and growth strategy.

His programmatic work includes overseeing dozens of projects in more than twenty-five countries. This work spans everything from developing social protection programs in Nigeria to leading criminal justice reform initiatives in New York, with countless other stops in between.

Zack speaks frequently at events such as TEDex Tunis, Slush, and private leadership events. He teaches regularly at high schools and universities on topics ranging from ‘how to’ speeches on social enterprises and ‘doing development differently’ to more general talks on international relations and history. He studied at the College of William and Mary and has lectured at the Harvard Kennedy School of Government, Columbia, MIT and Rutgers.