The challenge: what role did the French public sector and state now play in the French psyche?

Our government client struggled to understand how the French public’s relationship to the state and the public sector had changed.  A series of statements by the government had created misunderstandings, tensions and mobilisation.  Reform was sure to trigger protests.  What did our client need to understand in order to manage a dialogue with stakeholders? what were the critical blind-spots that set off recriminations and acted as blockage to a constructive conversation? What deep dynamics did they need to access in order to be a legitimate and credible partner?

Our methodology: conversations across French society

We held a series of conversations across France with people from different backgrounds to delve into their views of the state and public sector. We held conversation groups and personal dialogue with public sector workers and others. We focused on finding new voices among the young and other groups less represented in the public sector. We emphasised the psychological relationships to the state, examining in particular the notion of service to the Republic.

We discovered that the relationship was very deep, but that, often, there was a lack of understanding of what the reform of the public sector was trying to achieve. Public sector work carried a special meaning beyond pay or job security – the meaning related to the fact that public sector work was an inherent part of everyday life for almost everyone. Even if they were not a public sector worker, a family member or close friend certainly was.

The result: a new narrative for public sector reform in France.

From this, we realised that the government needed to create a new narrative in order to explain why reforms would improve this everyday life, rather than to speak in abstract terms about the supposed benefits. How would life be better after reforming – why reform at all? We developed a new narrative that looked at the benefits of more open careers, level playing fields for younger workers, new and more interesting jobs and flexisecurity. 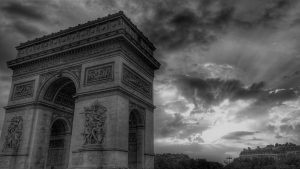