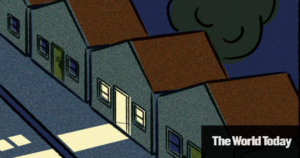 In the face of existential challenges such as the Covid pandemic and the war in Ukraine, the European Union was able to maintain cohesion while battling common threats amid divergent interests – an improvement on its past record.

Its Covid vaccination plan saw the EU collectively purchase vaccines and redistribute them swiftly and fairly. Its NextGenerationEU recovery plan unlocked a whopping €750 billion for post-Covid regeneration. The EU has sought to apply the same approach to the Russian war against the Ukraine and to the energy crisis it is now facing as a consequence.

The Fit for 55 climate and RePowerEU plans aim to redesign energy production and use. Building on these schemes, the EU adopted seven packages of sanctions against Russia that have restricted the purchase of Russian gas and have driven Russia to switch off the tap in retaliation.

The paradox of the EU’s unity

But angst has been triggered by disrupters to EU unity: Viktor Orbán in Hungary, who has signed his own sweet gas deal with Russia; Jarosław Kaczynski in Poland; the emerging far right in Sweden; and the election results in Italy. These could be the increasingly visible tip of an iceberg of dissent that threatens Europe’s plans for a foreign policy and defence plan that would enable it to navigate the treacherous waters of the rift between the United States and China.

The paradox is that the unity that has helped to consolidate the EU approach so far is threatened not so much by energy scarcity but rather by the effectiveness of Europe’s united front against Russia, which has driven energy prices sky high. It is the resulting cost-of-living crisis that could undermine the EU’s stance on Russia and the public’s appetite to hold that line − something Putin is counting on.

‘Solidarity’ has been the cornerstone of the EU’s strategy − and understandably so given that it is enshrined in its constitutional framework. But it is a tricky concept that lacks a consensual definition, so the EU has attempted to generate solidarity across its members through the development of a regulatory framework of rules based on shared values and the pooling of risk and resources.

Of late, it has also engaged in the kind of financial redistribution normally more closely associated with national actors. This has forced it to move from the premise that EU solidarity allows everyone to be better off than they would otherwise be, to a premise that acknowledges that building cohesion against a common enemy, such as climate change or Russia, which will lead to losses for some − from a redistribution of benefits to a redistribution of costs.

The EU’s conception of solidarity has, traditionally, despite its honourable effectiveness, been quite dispassionate and individualistic. It has nothing to do with the kind of empathy that one associates with ‘walking a mile in someone else’s shoes’. Indeed, it is about the opposite: ensuring that no one need walk a mile in anyone’s shoes. It is a giant mechanism for risk-avoidance in the hope that shared satisfaction will spur the experiment on. Things shift when the creed starts to evolve and demand sacrifices which were not part of the initial deal.

At this point national-level understanding can kick in. The French also have an individualistic conception of solidarity. While the talk is all about se serrer les coudes (sticking together), the reality amounts more to securing individual benefits through a show of force – and avoiding all suffering, shared or individual. It is clever, sobering and, despite the socialist rhetoric, wildly self-serving.

I was reminded of how deep such differences run during the Covid pandemic when an English friend confessed that she felt guilty about using her garden under lockdown – what kind of solidarity am I showing if I am exempting myself from the majority experience, she asked?

In many ways these two attitudes could act as the two polar ends of Europe’s solidarity continuum. In between we find all manner of adjustments. German solidarity is minutely apportioned through tax for the ever-greater comfort of the greater number – a tide that raises all boats. Nordic conceptions involve a version of solidarity that serves as a framework for a politics of negotiated and consensual egalitarianism.

And then there are the politics where the fantasy of solidarity has a hold on the historical imagination, but has vanished under the forces of captured states: Italy where families, communities and a network of civil emergency volunteers keep the dream alive when a Draghi is not in power.

And Central and Eastern European countries, where, in various ways, the memory of ‘solidarity’ imposed from above struggles with the freedoms necessary for Durkheim’s organic version.

It’s this mishmash of conceptions that enriches Europe – but makes for its vulnerability at this time.