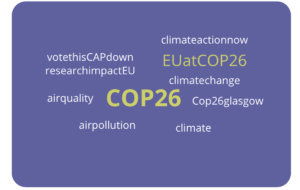 The Conversation in Numbers 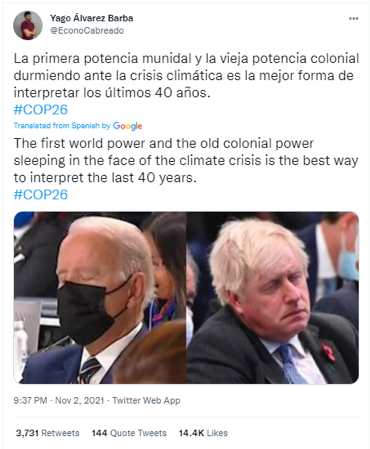 Top tweets highlight double standards: rules for the elite compared to the restrictions imposed on the general population. This is especially the case when it comes to the climate impact of a private jet trip for a leader going to COP26 vs the guilt regarding the general carbon footprint of a middle-class citizen. The message was that elites decide and enforce, but only the general public has to play by the rule and pay. Although this point has been raised in all countries, Poland made the point particularly stridently and visibly. 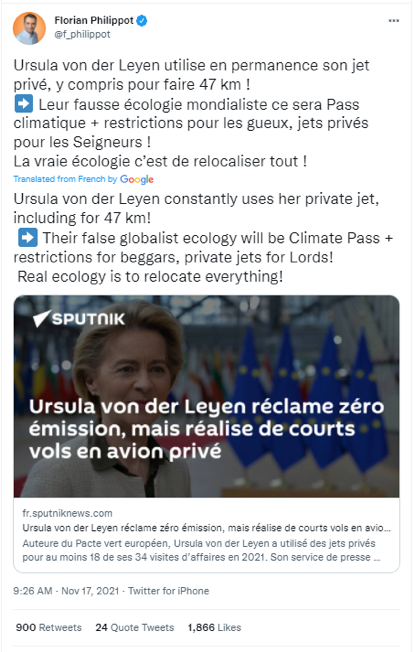 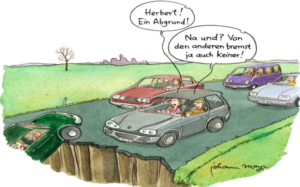 Herbert! Ein Abgrund / Na und? Von den anderen bremst ja auch keener
Herbert! An abyss / So what? No one else is braking either

An insight in Italy’s conspiracies and extremism 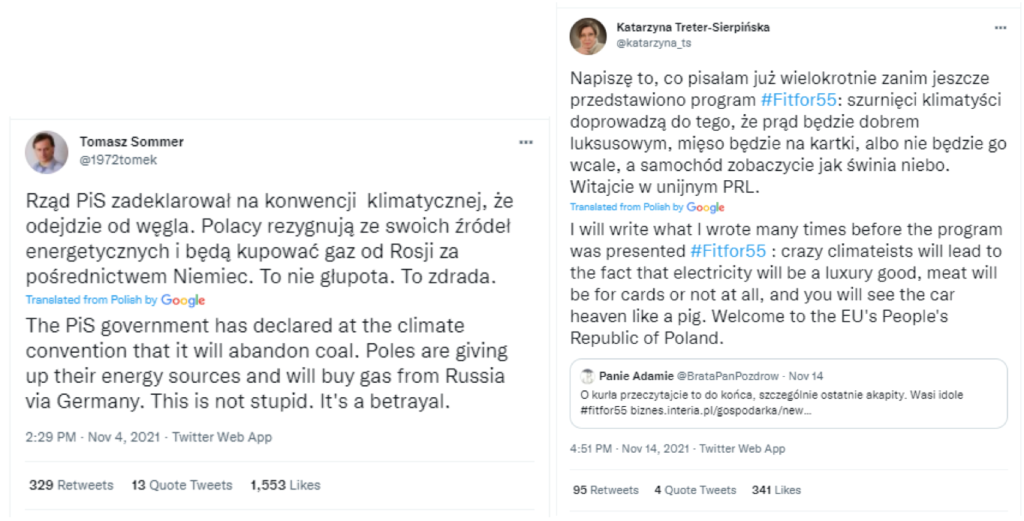 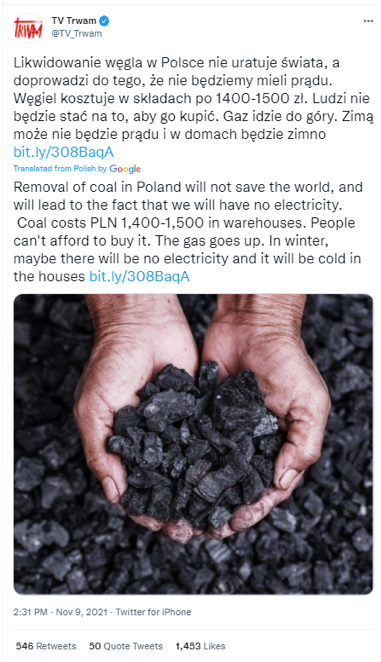 COP26 was virtually invisible in national discussions apart from in the last week of October. The momentum picked up only a few days before the actual start of the event. 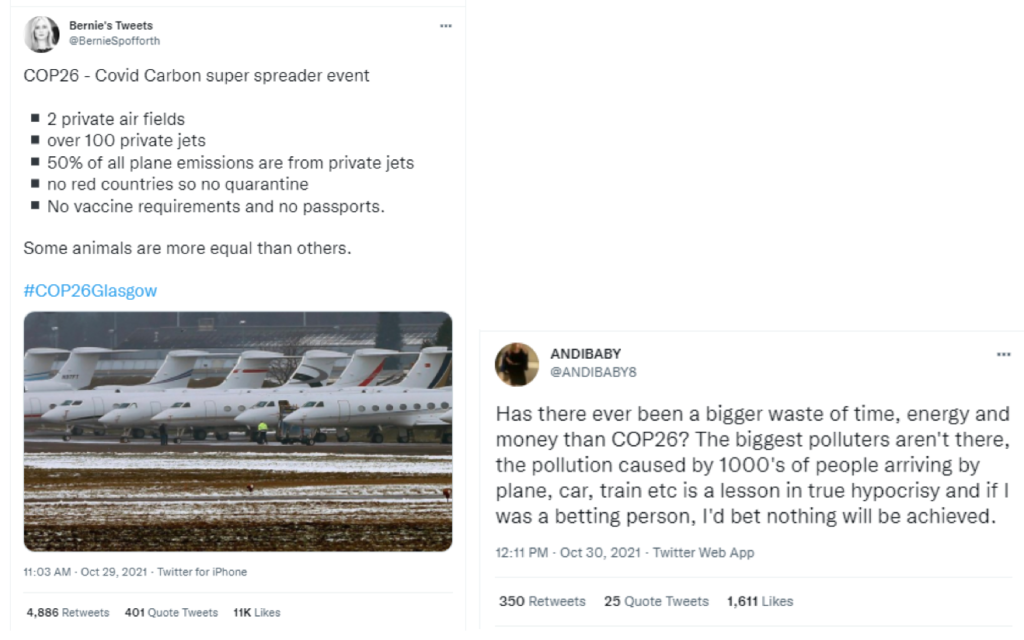 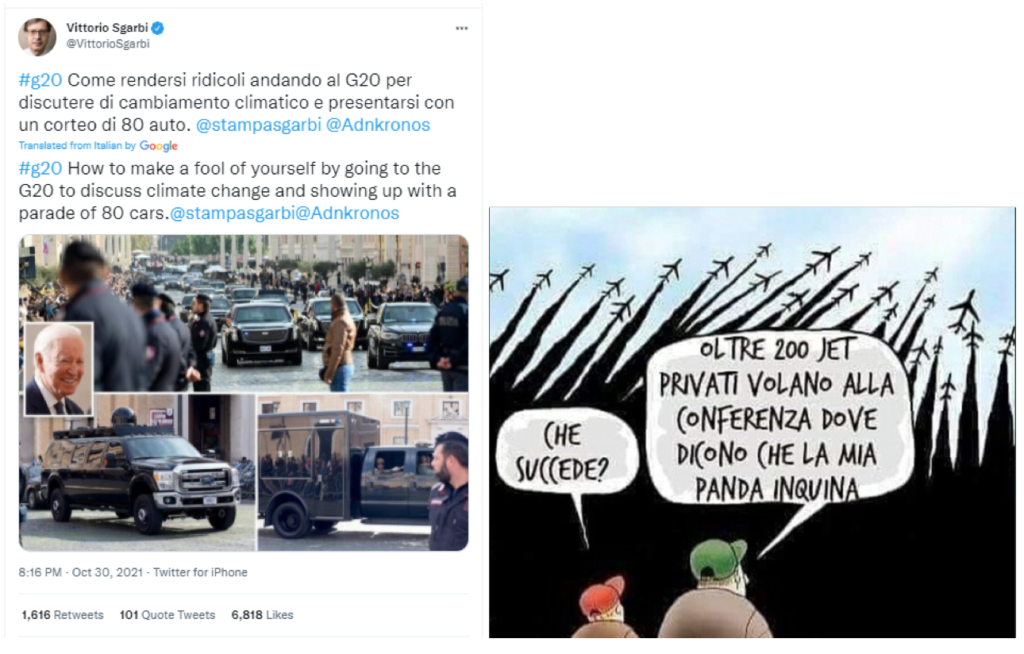 #Fitfor55 package and the growing faultline between Poland and the EU 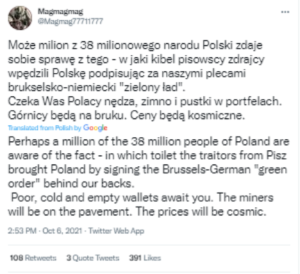 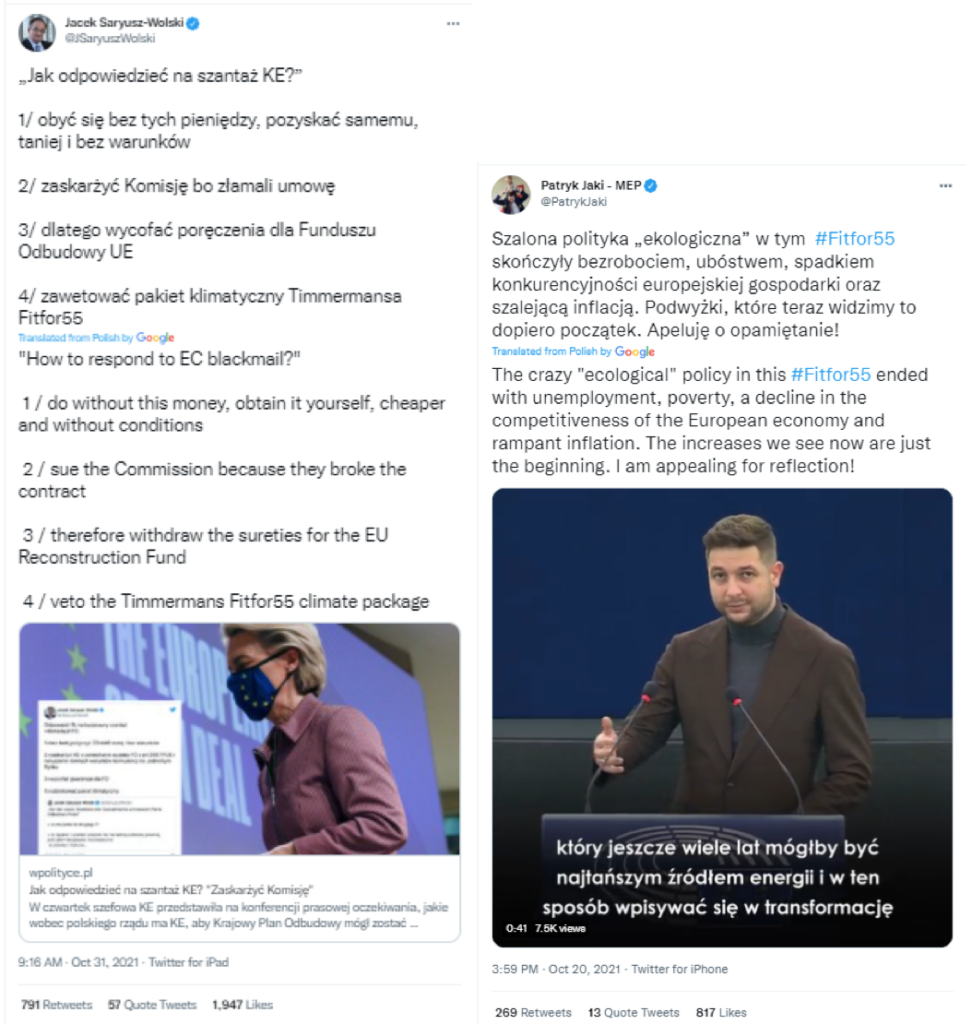 Growing negativity against the Greens

The monthly tracker is brought to you by our Climate & Protest Programme Director Cloé Ragot.
See you next month !

Part of
The Green Wedge Project