Populism has often been referred to as a ‘chameleon ideology’- it draws its strength from contextualised resentment and contextualised hopes and its roots run deep into mythologised national histories.  This volume, part of Counterpoint’s ‘Reluctant Radicals’ series, comprises a set of essays by leading journalists, academics and writers that detail how populism has emerged and developed in ten countries across Europe.

Counterpoint’s original publication drew a portrait Europe’s ‘reluctant radicals’, those uncommitted supporters of the populist right. Introduced by Counterpoint’s director Catherine Fieschi, this volume explores the cultural, historical and social roots of European populism in different national contexts. It provides the necessary background to understanding Europe’s reluctant radicals at a time when populism is on the ascent.

From the ruling families in the Greek poleis of the 7th century BC, to Finland’s consensus-minded and unprepared political class in 2011; from the 19th century Sicily of Lampedusa’s The Leopard to the contemporary populist revolt of the Netherlands, this volume is a cultural journey through the different heartlands of contemporary populist politics. Each author tells a particular story that offers a clue to understanding the broader form of European populism. 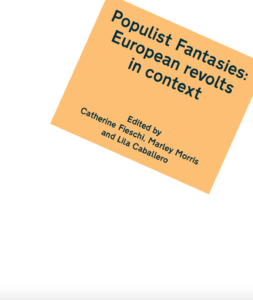