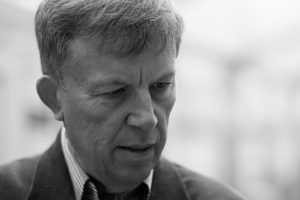 He became a Commander of the Order of St Michael and St George in 2012 and was awarded the Romanian Order of Merit for Services to Culture in 2004. His grandfather was a senior official in the Tsarist administration and fled Russia after the Revolution inspiring the author’s lifelong interest and fascination with Russian and British history.

He has written extensively on issues of cultural relations. His latest book, Isle and Empires: Romanov Russia, Britain and the Isles of Wight is about the tumultuous story of the Romanovs and their enigmatic relationship with Britain is brought to life in Stephan Roman’s Isle and Empires, as he explores the misunderstandings, suspicions and alliances that created an uneasy partnership between two of the world’s most powerful Empires.

Job Role
Member of the Advisory Board