Since the fall of the communist dictatorship in 1989, Poland has gone through powerful and uncontrollable changes: the old political system was replaced by democracy, and the Soviet centralised economy has changed to a market economy. Unsurprisingly, these fundamental changes in the political system and the market triggered shifts in every area of social life.

Since 1989, Polish society has rushed into its new phase. Aspirations, models of collective and family relations, the education model, traditional hierarchical structures, lifestyles, gender roles in society, relationships to work, the concept of free time, the explosion of local memory, relationships in general, the composition of the political minority and majority, the rise of democratic individualism – all these changed at a rapid pace during the decade known as the Polish revolution, aimed at consolidating the ‘public good’.

But even if all these changes brought hope of a better life, they also encountered powerful resistance. Since the early 1990s, some Poles have repeatedly cried out loud ‘enough change, stop time’; they come from varying political outlooks, from the nationalist left movements to the Catholic Church.

This essay is in Polish. Its English version is included in the volume Populist Fantasies: European revolts in context. 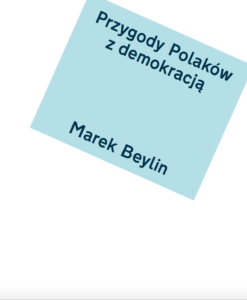