Populist politics and the media: Finland, France and the Netherlands

Shaping the vote? Populism and politics in the media 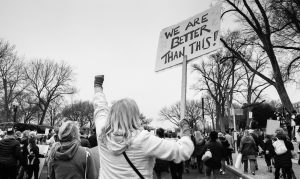 A view from Finland, France and the Netherlands

What part has the media played in the rise of populist politics and populist politicians in Europe?  For many the media in its various forms has shaped the debate in ways that have been favourable to the kinds of simplistic soundbites that are the hallmark of populism. For others, the sensationalism of populist politics has made them a natural go-to for an industry desperate to keep afloat commercially.  The reality however is far more subtle than that, and varies from country to country.  In this edited collection we examine (with the help of researchers and journalists) the way in which editorial offices have sometimes unwittingly worked in favour of populist parties and politicians, but we also outline the many ways in which the media has sought to remain an impartial reporter of transformations and events it had no choice but to cover.