The “Toward Belonging” Project

Counterpoint is partnering with the Othering and Belonging Institute at the University of California Berkeley, More in Common and Science Po Paris for a series of webinars, conferences, and publications to bridge the conversation across the Atlantic on matters to do with inclusion and exclusion, race, discrimination, and police brutality.

We launched our collaboration in June 2020, at a time when so many in Europe and across the world had taken on the #BlackLivesMatter cause in the wake of  George Floyd’s murder. The worldwide uprisings and shift in public consciousness triggered by the outrage against the US police killings of Black Americans – George Floyd and Breonna Taylor being the most visible in a too-long line of deaths – opened up possibilities for new orientations of our movements, policies, narratives, and strategies that can build long-term, sustainable solidarity, belonging, and social change.

What does the globalisation of the movement mean? how does it differ in content, style, demands from one place to another? How can we share a vocabulary and a set of perspectives? We have explored these questions in our first webinar, “Toward Belonging” with john a. powell for the Othering and Belonging Institute, Abdul Rehman Malik, Yale University Council of Middle East Studies, Mathieu Lefevre, CEO and co-Founder of More in Common, and our director Catherine Fieschi.

We then organised a new webinar: “Building an Economics of Belonging.” The event focused on Representative democracies that have seen the liberal post-war consensus challenged by various forms of populist and nationalist politics. The United States, despite Joe Biden’s victory, offer a spectacle of deep polarisation and a country inhabited by two rival clans who seem to have little in common. Europe offers a set of fragmenting and dissenting societies. The debate around these deep divisions has often pitted cultural vs economic explanations. In this webinar, we explored the role of economics in creating and destroying a sense of belonging to national and local communities.  The discussion will centre around FT Journalist Martin Sandbu and his recent book, The Economics of Belonging: A Radical Plan to Win Back the Left Behind and Achieve Prosperity for All (Princeton, 202o, Financial Times review here). He was joined by: Catherine Fieschi, Counterpoint Director and author of Populocracy (Agenda 2019); Saru Jayaraman of the Berkeley Food Labor Research Center at the Goldman School of Public Policy, University of California Berkeley and a leader in the movement for food worker justice; Simon Reid-Henry, Director of the Institute for Humanities and Social Science at Queen Mary University of London, Counterpoint Associate, and author of Empire of Democracy (John Murray, 2019). 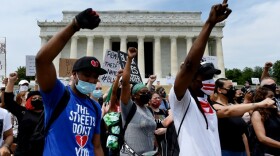 Our Toward Belonging Project

From the project
Toward Belonging