The Bridges Project: New policy in an age of uncertainty

European policy-makers are dealing with increasing pressures to manage sensitive policy issues, consider rapidly changing opinions and re-connect with seemingly unpredictable publics.  The Covid-19 pandemic and its aftermath will have done nothing to lessen the fragmentation and polarisation of European electorates and publics.

Concerns regarding the security and transparency of Europe’s digital sphere, the limits and meaning of citizenship, Europe’s sovereignty in matters of health, the commitment to addressing climate change, the crises that unfold daily on the borders of Europe, and a challenging economic climate have conspired to create a roller-coaster of complex political moments for European nations and their allies. Yet at a time when policy-makers and politicians need to be able to plan long-term and creatively, and respond to citizens’ growing concerns, low levels of trust on both sides hinder their progress and undermine their capacity to deal with crises and their capacity to promote open societies in Europe.

Decision-makers shy away from certain progressive policy options for fear of falling foul of a public that can appear to be unpredictable, contradictory or ‘unpleasable’.  Citizens pull away from politicians and policy-makers as the latter appear to be increasingly ineffective and disconnected from peoples’ preferences and attitudes. Our diagnosis is that the challenges we face today (from security concerns to the migration crisis) were manifest long before the crisis in Europe, and that their causes run deeper.  Our research suggests that policies fail, or are not undertaken, because of this deeply harmful vicious circle: a lack of sound knowledge about how people think, come to hold opinions and make choices on the one hand, and a perception of inefficiency on the other.

The Bridges Project, in partnership with the Open Society European Policy Institute, explores the dynamics of human choice, collective thinking and sentiment, and political behaviour by bringing together ground-breaking researchers and public intellectuals into a dialogue with high-level policy-makers and politicians. Together, we work through some of the most complex policy dilemmas facing open societies in Europe. Read about this dialogue in our Bridges Project publication.

The Bridges Project 2020-21: Mapping dissent and securing consent for climate policy in a post-Covid-19 Europe

The coronavirus crisis is forcing policy makers and citizens to reassess both the scope and the role of government policy, at every level.  The focus for this phase of the Bridges Project will on making sure that positive system change results from this trajectory.  This will depend on a deep understanding of people’s motivations, attitudes and desires, and the capacity to appeal to them and frame policy change in ways that tap into the better angels of their nature.

One of the areas in which the EU and member states might experience the biggest challenges for the continued pursuit of reform is the European Green Deal (EGD). Indeed, the debate around the EGD will crystallise the paradox that COVID-19 is already revealing: the need to address deep inequalities (that will have been worsened by the crisis) and restart the economy while harnessing lessons from the crisis in order to avoid an almost inevitable deeper one (including climate catastrophe).

Over the course of the next 2 years, we will be producing a series of qualitative and quantitative reports and briefings resulting from comparative analysis across 6 EU countries (France, Poland, Italy, Germany, Denmark and Spain), and sharing them with decision-makers across Europe.

The Bridges Project 2018-20: How is the digital transformation changing politics?

The overall aim of this phase of the Bridges Project is to explore how the effects of the digital transformation are changing politics and affecting open societies. The effects are double: digital tools are altering people’s expectations of politics, whilst digital politics are also posing challenges to societies’ continued openness and citizen capacity for tolerance. Furthermore, the political regulation of the digital space is a major source of complexity. The Bridges method will bring together leading experts and researchers from a range of academic disciplines with policy-makers and politicians to explore the impact of digital transformations on human behaviour and therefore on politics in Europe. The aim is to raise awareness of these issues amongst decision-makers and to begin to explore possible policy responses.

January 2018: Digital transformation and inequality: technology, institutions and the redistribution of agency

Harvesting the outcomes of our September seminar on inequality, we followed up with a workshop in Berlin on how digital technologies can enable citizens to design some of their most important experiences, from housing to education to healthcare. It can involve them individually in policy in unprecedented ways. If institutions tap into this opportunity, they can provide new routes of access not only to public services, but also to decision-making, to expertise, to consultation and to development. Whether in education, housing or healthcare, digital transformation can re-create a space for agency and choice.

January 2018: Publication of “The Tentacles of Circumstance: The political consequences of inequality“

The publication is a collection of essays drawn from a seminar we held in Paris in September 2017.  We brought together historians, psychologists, sociologists, philosophers and economists to examine the multi-faceted nature of inequality and its experience and the manner in which these were seized upon by various political actors.

January 2017: An interview with Stephen Boucher on political creativity

The Bridges team spoke to Stephen Boucher, former program director at the European Climate Foundation and a longstanding member of our Bridges network. Stephen is about to publish a new book on creativity and politics and we were keen to find out more about this. Read our Interview with Stephen Boucher.

December 2016: Our Bridges Film is here!

2016 will be remembered as a political turning point for Western democracies: Brexit further shattered a fragile Europe and Trump’s unlikely rise to power began to re-write the US’s role in the world. A new political landscape needs new kinds of conversations that can help us think differently about politics and policy. Watch our new short film to see how using different ‘lenses’ can shed light on crucial policy issues and shape new solutions to tackle deep political uncertainty.

This November, we hosted a workshop in Paris together with the Délégation interministerielle à la lutte contre le racisme et l’antisémitisme (DILCRA) to introduce contact design as an approach to help improve community and group relations. We applied the method to case studies together with participants to see how inter-group contact can be enhanced.

October 2016: A new convincing narrative for diversity in a post-Brexit UK

In October, we designed a workshop, which drew upon insights from psychoanalysis to enable participants to create a more convincing narrative on diversity in the UK in the aftermath of the EU referendum. Together with participants, we identified the deep doubts and ambivalences that people manage to explore options for a more engaging narrative.

May 2016: Our Bridges Workshop on Re-framing the Swedish migration debate

In late May, we hosted a workshop with the Swedish Ministry of Justice that helped Swedish policy-makers frame the migration debate differently. Our workshop was designed so as to guide participants from a deeper understanding of the link between language and thought to practical applications of the framing technique.

March 2016: Our Bridges Project Retreat: New interpretations of the Collective

The migration crisis, the vote for Brexit, and illiberal reforms in Central and Eastern European countries are forcing us to ask what the limits of the European Union are. Difficult questions such as “Who belongs? Who is ‘one of us’? And who is this ‘us’?” cannot go unanswered because they underpin our capacity to design European policy. In light of this, we decided to focus our Bridges Retreat 2016 on the theme of The Collective.

Bringing together some of the world’s top policy-makers and politicians with cutting edge researchers and public intellectuals, our retreat took place in Florence – a symbol of the civic imagination – for two days of transformational conversations and debates, to explore a theme that underpins every aspect of decision-making across the globe.

The debate on migration is dominated by alarmist polls and headlines: public opinion is perceived as hostile and resistant to the very idea of migration and integration. As a result, policy makers tend to be paralysed, fearful of the public’s reactions to any new initiative in this field. But public opinion is neither uniform nor static—nor are its dynamics well-understood. This year the Bridges Project focuses on migration, integration and diversity and explores how policy-making can respond more effectively to the challenges European democracies are confronted with.

December 2015: Bridges Workshop on “How to talk about migration in Europe”

How to talk about migration in Europe? In early December, we hosted a workshop on framing the migration discourse and changing public attitudes. Read our case study on how to re-frame the migration debate here:  Case Study Re-framing the Migration Debate

The Bridges project has addressed policy issues related to transparency and accountability, xenophobia, extremism, climate change, lessons from the euro crisis, and long-term issues related to inequalities. See a number of insights from our retreat 2015 here:

The Director of British Future Sunder Katwala on Migration 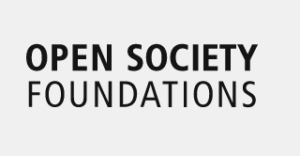