The Media and the European Populist Right

In December 2013 Counterpoint began a cross-national project exploring the relationship between the media and the rise of support for populist parties. The project, entitled ‘Nurturing populism? The impact of the media on the growth of populist right-wing parties in Netherlands, France and Finland’, is a collaborative effort between Counterpoint, Dr Erkka Railo, Senior researcher at the University of Turku, Dr Jiska Engelbert, Assistant Professor at the Erasmus University of Rotterdam and Dr Gael Villeneuve, Researcher at the Laboratoire Communication et Politique.

The comparative research project, co-funded by the Wihuri Foundation and the Foundation for Democracy and Media, runs parallel to Counterpoint’s project on Europe’s Reluctant Radicals and focuses on the same three countries: the Netherlands, France and Finland. These have strong populist right-wing parties that campaign on similar issues –anti-immigration, Euroscepticism and anti-elitism. In their own way, the Dutch PVV, the French Front National and the Finnish True Finns challenge established parties and call for a break with current politics and a return to what they see as a better political past. However, they have had different levels of electoral success, possibly depending on whether or not they have been stigmatized and on their capacity to voice radical views not commonly voiced.

In our project, we test the hypothesis that varying levels of electoral success of the PVV, the FN and the True Finns (TF) are directly related to how the media in the different countries cover political events, issues and the parties’ activities -including those of populist parties. 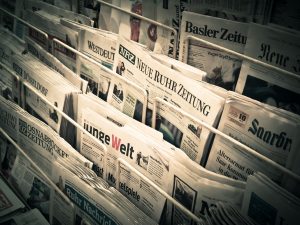