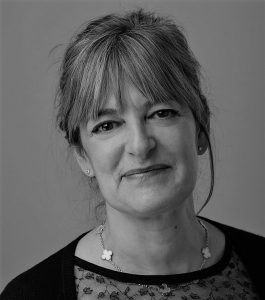 Catherine Fieschi is Counterpoint’s Founder and Director. A  leading European politics expert, her main focus is on populism and contemporary forms of mobilisation.

In 2011 Catherine founded Counterpoint with the aim of providing businesses, governments and NGOs with strategic insights on how to manage new forms of social and political risk and their effects on global politics and markets.  Her first objective was to draw attention to the deep social and cultural dynamics that underpin political and security risk but seldom receive the attention they deserve.

A longstanding adviser to French political leaders and campaigns, she also advises business and political decision-makers around the world and is a senior member the Singapore Government’s Centre for Strategic Futures.

Prior to founding Counterpoint, Catherine was Director of the London-based think tank Demos (2204-2008); At Demos, Catherine oversaw the development of the organisation’s programme of work on radicalisation and the emergence of its work on European populisms. She also coordinated its work across the world on public service reform.  A former Director of research at the British Council, she led the organisation’s work on the uses of ‘soft power’ in international relations and developed its work on digital culture as an instrument of social and political change. An academic by training, Catherine was Senior Visiting Fellow at St Anthony’s College Oxford and is currently a Senior Research Fellow at The Institute for Global Prosperity at UCL. She is also a trustee of European Alternatives, a transnational civil society organisation that promotes alternative means of citizen engagement and participation.

Widely published in both academia and the media, Catherine frequently provides expert analysis for both the national and international media including The Guardian, BBC television and radio, Sky News, and Reuters, as well as other European and American outlets. A former contributing editor for Prospect Magazine, Catherine has a regular column in the Chatham House magazine, The World Today. She is the author of Populocracy: The Tyranny of Authenticity and the Rise of Populism.

A native speaker of French, Italian and English, she holds a PhD in Comparative Politics from McGill University.