When Danish Prime Minister Poul Nyrup Rasmussen gave the opening speech at the National Parliament Assembly in October 1999 he characterized the overtly xenophobic and relatively marginalized Danish People’s Party (DPP) in no uncertain terms: “No matter how hard you try, you will never be housebroken.”

In this piece, Johanne Mygind and Anders Rasmussen look into the the dramatic success of the DPP and Pia Kjærsgaard. They tell a story of a populist party that became housebroken, not by moderating its rhetoric or standpoints, but by changing the standards of proper discourse. The authors argue that the DPP took ideas once considered far right and integrated them at the very centre of parliamentary debate.

Perhaps what has been most striking about right wing populism in Denmark  is the way in which it has deployed feminist ideas of gender and sexuality in a quest for popular appeal. This pamphlet gives a detailed account of the way in which topics of male violence, head scarves, arranged marriages and homophobia have been central not only to the success of the Danish People’s Party but to the spread of xenophobic rhetoric and thinking. 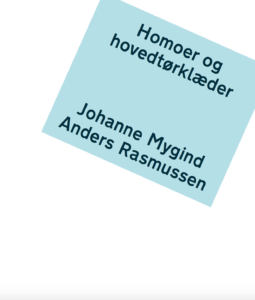